This is probably the oldest bird toon in my files: Peanuts from April 17, 1951.  Note how simple (and actually dog-like) Snoopy was when Charles Schulz first started drawing him.

Six Chix' Rina Piccolo's take on the typical nature tour/documentary narrative, from April 30, 2014. Information about this unusual daily comic strip after the jump:

Six Chix is a unique entry to the comics pages; it is a collaborative effort of six woman cartoonists who each draw one strip on a specific weekday (Isabella Bannerman on Mondays, Margaret Shulock Tuesdays, Rina Piccolo Wednesdays, Anne Gibbons Thursdays, Benita Epstein Fridays, and Stephanie Piro Saturdays) with the Sunday edition rotated between them so each does one per six-week period.

I have a handful of bird-related Six Chix strips in my archives. Bannerman does a lot of "play on word" strips which feature the occasional parrot; Shulock often does strips on outdoor birds and sometimes ventures inside pet shops for her humor; Piccolo likes to play off of cliches and sayings, which bring birds in once in a while; and the others are few and far between on bird-related strips.  Still, a toon is a toon!

Speed Bump from May 27, 2013 with a clever perspective on the difference of parrots.

Mutts from June 30, 2011, with Phillipe asking the opinion of a pair of lovies. 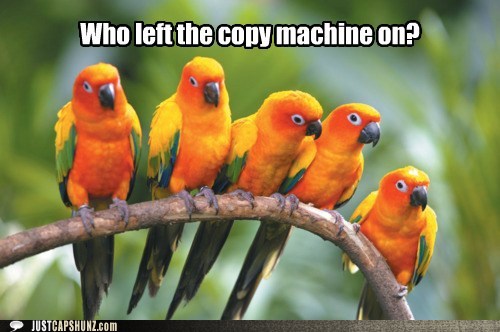 Bizarro from October 26, 2007.  One of Dan's many pirate/parrot gags that he has unleashed on the world over the years. 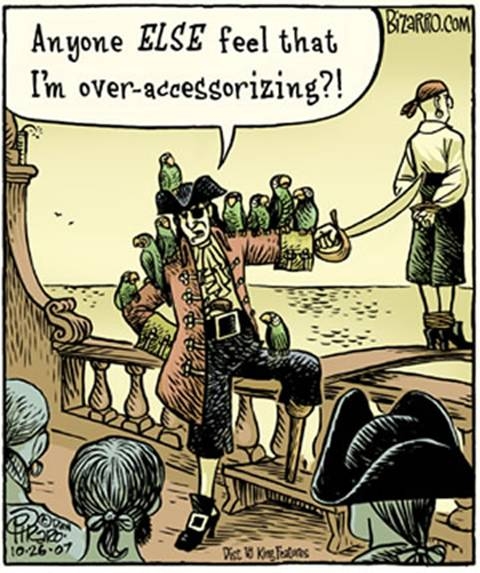 Let's introduce another "contributing" newspaper comic.  WuMo is named after its co-creators, writer Mikael Wulff and illustrator Anders Morgenthaler, and is one of the most popular strips in Europe.  It has been available in the U.S. since mid-2013.  Think of it as a warped version of Hans Christian Andersen's fairy tales.

Party and potluck with other bird-lovers!  Bird supplies and other goodies will be available for a donation.

We'll be auctioning or raffling some fabulous items too, including:

Learn more and sign up here so we'll know to expect you!

A one-shot (not from any series which regularly features birds). 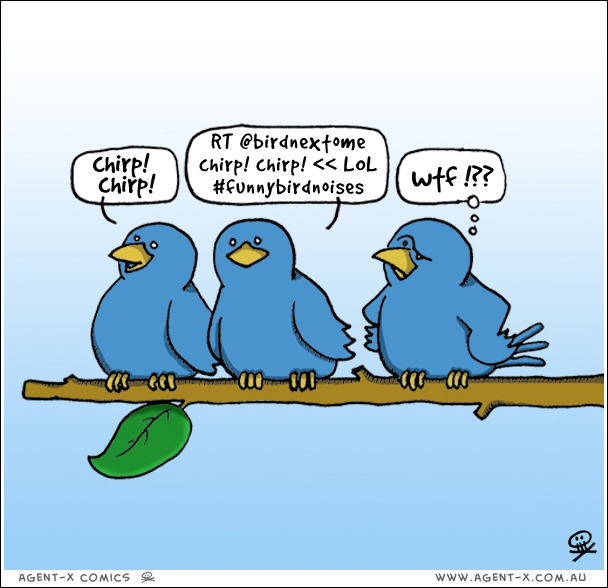